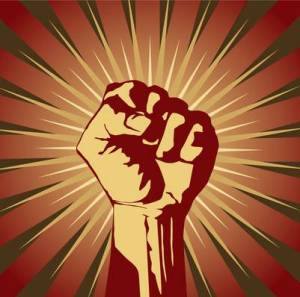 Action in Dahlonega is excited to announce that, after over a week of steady pressure and a remarkably strong show of support from the local community, Piazza and Main Street Burgers workers who recently lost their jobs and had been denied their final paychecks have been paid.

Both restaurants closed down about two months ago, leaving many workers without jobs and without their final paychecks while the owner set up shop at new restaurants in Big Canoe, a nearby town. Before the restaurants closed, workers routinely had trouble cashing paychecks or getting paid for all the hours they worked. Some were not told when they would receive their final paychecks or how much they were owed. Others were told they would be paid “when Piazza sold” (which seemed questionable since the owner didn’t own the buildings or property on which both restaurants were located).

The issue gained attention from across North Georgia (and even across the country) after some of the workers decided to take a stand and demand what they were owed. A story about the workers and their former boss, published by Action in Dahlonega two weeks ago, went viral and brought wide attention to the workers’ struggles. After a tremendous outpouring of support from the Dahlonega and North Georgia communities, coupled with the looming threat of pickets and other actions, their boss quickly gave in to the workers’ demands. Their paychecks were mailed within four days of going public and workers were able to successfully cash them earlier this week (some previous checks had failed to clear the bank).

Some of the workers initially sought help for wage theft from the Georgia Department of Labor and the US Department of Labor with no response. This win for the workers, without resorting to and waiting on the broken machinery of the state, demonstrates the collective power of regular people to fight for justice and get what rightly belongs to them. 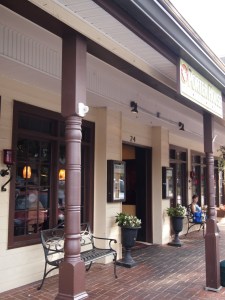 Piazza and Main Street Burgers have closed. After trouble getting paid, workers who stuck with the restaurants until the end were finally paid after a public campaign.

It is our hope that the spotlight this incident brought to the actions of their former boss will prevent him, or other business owners in our community, from taking advantage of our fellow workers in the future. We would like to point out that many local employers were supportive of the workers as this situation unfolded, with some even offering jobs to former Piazza employees.

Action in Dahlonega would like to thank our local community for stepping up to support these workers. Without their backing it’s unlikely the workers would have succeeded, and certainly not as quickly as they did. We are fortunate to live in a community that cares about our neighbors and shows a willingness to side with regular workers in their struggles against crooked bosses.

Some workers who were let go prior to the closings of Piazza and Main Street Burgers report trouble being paid for all the hours they worked or receiving a final paycheck. We are continuing to work with them toward solutions. We will report back with any updates or planned actions to seek justice for our fellow workers.

In Solidarity,
The Action in Dahlonega Solidarity Network

The original story from Action in Dahlonega: https://actionindahlonega.wordpress.com/2015/04/12/piazza-owner-gets-rich-while-refusing-to-pay-workers-a-call-to-action/