Click here for an update on the Matthew Ajibade case.

Today, March 30th, is World Bipolar day. While the causes of and treatment for bipolar disorder still aren’t well understood, one thing is abundantly clear: bipolar disorder and mental illness  carry a tremendous amount of stigma and social baggage. Nowhere is this more evident than in dealings of mentally ill persons with the police.

As someone who suffers from bipolar disorder and who has had several encounters with law enforcement, the legal system, and jails and prisons, I can attest to the inhumane treatment the mentally ill regularly face in dealing with the state and its various institutions. Having been diagnosed recently, after over a decade of substance abuse issues and mental breakdowns, I can also say that treatment options for those with mental health disorders are abysmal. Only now, after receiving psychiatric treatment and medication, am I beginning to feel like what I would consider a functional adult.

While I’ve had numerous confrontations with police and prison guards, none of them turned deadly and I don’t recall ever fearing for my life. Perhaps that was due to my skin color or appearance, or maybe it was simply good fortune. Many aren’t so fortunate, however. It’s estimated that more than half of those killed by police violence each year suffer from some sort of mental health disorder. Many of these, of course, are people of color.

At least two black men diagnosed with bipolar disorder have been killed in Georgia at the hands of the police already this year. Matthew Ajibade, a 22 year-old Savannah College of Art & Design student from Lagos, Nigeria, died in police custody at the Chatham County jail in January. Ajibade’s girlfriend had called 911 seeking help in dealing with a manic episode. During a manic episode, people with bipolar disorder can become agitated, violent, or delusional. Medical professional are trained to deal with these sorts of incidents. In Ajibade’s case, police, rather than an EMTs, responded to the call. Police sometimes receive conflict resolution training, but are rarely equipped to deal with mentally illness without resorting to violence. Ajibade died in police custody after being restrained by at least three officers. An investigation is still pending, but given the lack of justice for people of color killed by police, it’s not difficult to imagine the outcome.

Earlier this month, Anthony Hill, a 27 year-old Air Force combat veteran, was killed by a Dekalb County police officer. Neighbors had called to report a “deranged” man knocking on people’s doors. Hill was completely naked and unarmed when we was shot. While the state is conducting an investigation into the incident, Hill’s family has started their own. His mother, Carolyn Baylor-Guimmo questioned the treatment of her son and the officer involved, asking, “If he didn’t have that badge, what would happen to the person who killed my son? A lot of black men are 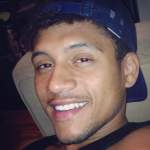 being shot by Caucasian officers. It’s a deep problem.” Family members believe Hill may have stopped taking some of the medication he was prescribed for his condition. The mood-stabilizers, anti-psychotics, and anti-depressants used to treat bipolar disorder frequently have serious and debilitating side effects and it’s not unusual for patients to stop taking them against medical advice.

There has recently been a groundswell of protest and direct action against police killings of unarmed people of color. Unfortunately, only the most extreme cases, or those that yield the most fierce resistance, are remembered or receive media attention. When the victim suffers from a mental health disorder, the actions of the police are often excused by the state and the general public.

Those diagnosed with mental health disorders, especially bipolar and schizophrenia, still face a tremendous stigma and a certain level of social paranoia. There are also racial disparities in how these conditions are diagnosed and treated. Many of us are automatically presumed to be violent when, in reality, we’re much more likely to pose a danger to ourselves than anyone around us. If we’re going to end the horrible cycle of police violence against our neighbors, we have to confront our attitudes about people from certain social classes and those with mental and physical impairments.

To put an end to police violence against these groups and work toward meaningful social justice, we must demand that police be disarmed, that they be held accountable to the communities they patrol, that people suffering from mental illness receive medial assistance when their families seek help, and that we provide adequate healthcare resources for people who suffer from mental illness. Until that happens, people with mental illness and those in marginalized communities will continue to be oppressed, and killed, by institutions that routinely place less value on their lives and their voices.

Body cameras and “independent” investigations by outside law enforcement officials are not enough. Politicians and state officials have consistently shown their willingness to protect officers involved in these sorts of cases. We must continue asserting our right to defend ourselves, to govern ourselves, and work toward building a revolutionary new world with social freedom and justice for more than just the privileged social classes. We have an obligation to protect and defend our friends, family, and neighbors against the violence of the state.